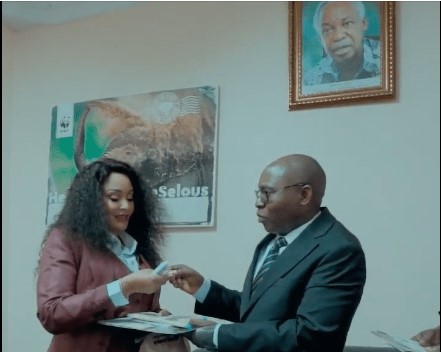 Yesterday, the Tanzanian Tourism Board (TTB) named the South African based Ugandan businesswoman Zari the tourism ambassador for Tanzania.

Shortly after signing the deal with the Tanzania Tourism Minister, the beautiful socialite shared the good news on her social media platform.

“Today I was announced as tourism ambassador for Tanzania. Thankful to  God for all his blessings,” Zari posted.

Aside from being Tanzania’s Tourism ambassador, the self-proclaimed Boss lady is also the brand ambassador for  a Tanzanian company Softcare sanitary pads.

It is alleged that Diamond Platnumz’ manager, Hamisi Shaban Taletale aka Babu Tale who also doubles as Chama Cha Mapinduzi’s Member of Parliament for Morogoro South constituency initiated the tourism deal for Zari.

Diamond and Zari have two children Tiffa and Nillian together and are currently co-parenting.