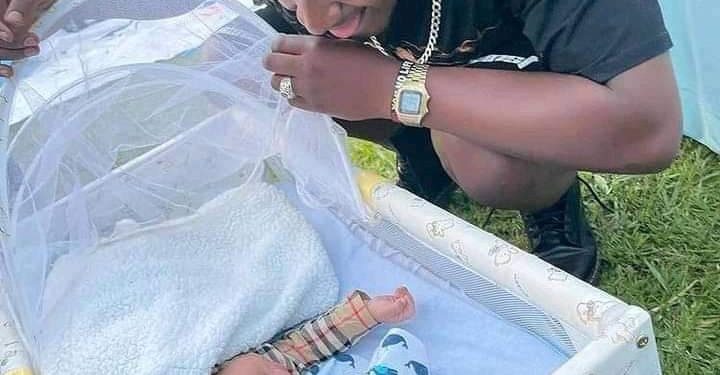 June has started on a good note for Singer Tadeo Mayega popularly known as Zex Bilangilangi, with only five days in the new month Zex is overjoyed with his new daddy title.

Today morning the ‘Aratata’ singer’s picture with his new baby was widely shared on social media by his close friends congratulating him for becoming a father.

Zex is one of the first rising stars whose songs such as ‘Ratata’ ‘Nalonda’, and ‘Wikid’ featuring Pallaso have enjoyed airplay even when the music industry has been crippled for more than a year.

zex joined Firebase Entertainment in 2015 after emerging winner of a Talent Search competition. He broke into the music scene in 2020 with club bangers ‘Ratata’ and ‘Nalinda’ that took Ugandans by storm and topped music charts.

It is rumored that he is planning to quit Fire Base Crew, recruit talented young stars and start his label dubbed ‘Geng Geng’.