Desire Luzinda returns to Uganda after two years, vows to only participate in God’s work 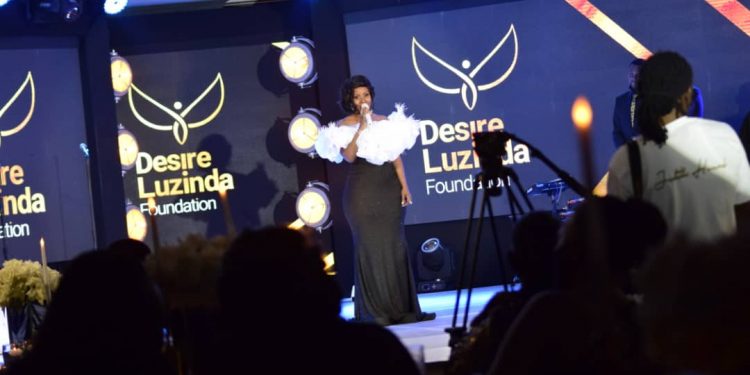 Two years after Matooke Republic exclusively reported that singer Desire Luzinda officially relocated to the United States in the State of California together with her daughter Mitchell Kaddu and mother Imelda Byanyimba Luzinda, the Diva is back in the country but this time with a totally different mission.

For starters, Luzinda has been on the local entertainment scene for the past decade and has been able to make various popular songs that got people dancing like; Nina Omwaami, Mubiite, Nkomyewo, What A Man, Equation among others.

While launching a charity umbrella Desire Luzinda Foundation International (DLFI) yesterday at Serena, Desire talked about her spiritual journey which she said has been a tough transition as she lost majority of the people that she once called her ‘best friends.’

“My best friends kept away from me as they thought maybe I was taking a wrong path of becoming a Born Again,” Luzinda said.

Without confirming whether she has permanently returned to Uganda, Luzinda revealed that she gave her life to Christ and all she’s going to be doing in Uganda will be about God’s work.

At a VIP coveted dinner at Kampala Serena Hotel, Desire hosted over 500 guests, appeared to have also missed entertaining her fans over time and this time, she performed with a 6 piece band in a gospel style officiated by Apostle Lubega Grace of Phaneroo Ministries. In attendance was Hon. Amelia Kyambadde, Hon. Miria Matembe, Hon. Nyeko Derick amongst other eminent figures.

“Over time, we have been blessed with the talent and wisdom to apply it to use. It’s time we take it a step higher, carry the sound and the message to where it belongs, help those in need that’s why I have boldly founded DLFI. The equity parity is what we need”, remarked Desire.

Amongst those that gave strong testimonies of Desire’s charitable deeds, were her co-founders Mathew Takatamoe and Eric Ndawula who are also her church mates at Phaneroo.