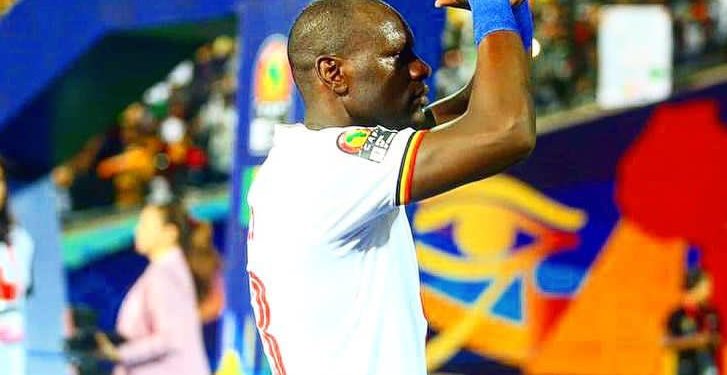 Former Uganda Cranes captain and goalkeeper Denis Onyango has expressed his willingness to continue contributing to the national team, Uganda Cranes but this time not as a player.

In April this year, arguably one of the best players to have donned the Cranes jersey, Onyango announced his retirement from the national team at the age of 35-years.

As captain, Onyango led the Cranes to the first ever AFCON finals after 39 years as the team qualified for the 2017 Africa Cup of Nations. He conceded only two goals in six matches in their qualifying group. He has captained the Uganda Cranes at two AFCON finals in 2017 Gabon and 2019 in Egypt. He has made 75 appearances for the Cranes.

Speaking during an interview on Sanyu FM over the weekend, Onyango said he has no bad blood with the federation and he is ready to work with them when he is needed and approached with a clear agenda of football development.

“If I am approached, I am open to it. I cannot force myself if the system does not need me but I am available if FUFA needs me,” said Onyango before adding that, “I would love to do it. I would want to stay in football for quite long and help out inspire the younger players.”

His announcement for retirement came just a day after his alleged audio leaked as he accused the Moses Magogo led FUFA of swindling national team players’ money. He has since then turned down attempts to comment about the audio.