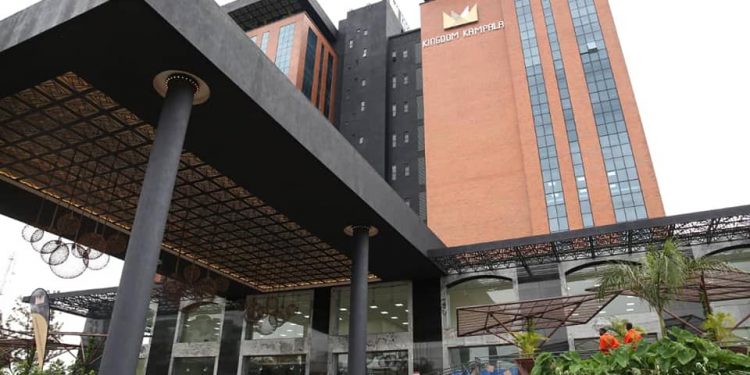 The Parliament Commission has secured Office space for MPs at Kingdom Kampala. Chris Obore, Parliament’s Director of Communications has revealed that the commission has inked a deal to  to rent 9,030 square meters for MPs offices within the building for a period of two years.

“The Parliamentary Commission will pay Shs9.8 billion per year for 9,030 square meters within Kampala Kingdom. The contract will start on July 15 and run for a period of two years” Obore told journalists at Parliament yesterday.

Kingdom Kampala was chosen because of its proximity to Parliament, availability of enough space and on top of other amenities like parking for 300 cars.

Obore however, added that this was on short time basis as they await completion of the new Parliament chambers  that is under construction. Obore said

Obore revealed that Parliament will continue hiring space at Victoria Chembers,  which is a walkable distance along Parliament Avenue.

A total of 529 MPs swore in for this term of Parliament. This is in contrast to 426 MPs from the 2016 Parliament, which called for more office space for legislators.

COVID-19 burial team in Hoima charging over Shs500,000 to execute their duties