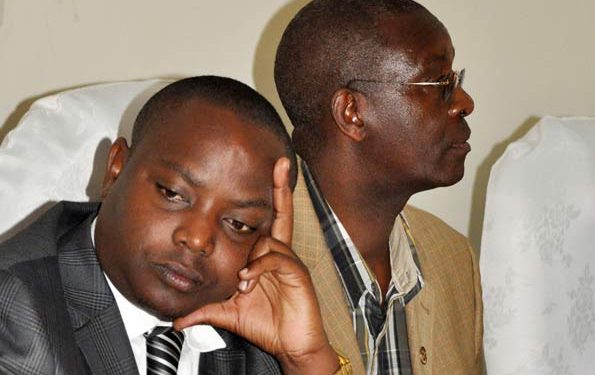 Tensions have been high with several speculations on who will and will not make it on President Yoweri Museveni’s much-awaited cabinet list for his sixth term.

This evening the cabinet list has been released and common figures and other former ministers have missed out.

Vice President, Edward Kiwanuka Ssekandi who lost the Bukoto Central MP has not been able to keep his position for the third term as he has been replaced by Jessica Alupo.

Ruhakana Rugunda has also been dropped and replaced by Robinah Nabbanja. However, according to sources Rugunda had long indicated to the appointing authority that he didn’t want to return to Cabinet. Nonetheless he has been named A Special Envoy to the President.

Long-serving Minister Sam Kutesa who has served as Foreign Affairs Minister since 2005 has also been dropped and replaced by Gen Jeje Odongo who has been in Internal Affairs.

Attorney General William Byaruhanga has also been dropped and replaced by Kiroywa Kiwanuka where as Amelia Anne Kyambadde who recently lost the Mawokota North seat has also not returned after being replaced by Francis Mwebesa as Trade, Industry and Cooperatives Minister. She has been named a Presidential Advisor on Trade.

In other surprise misses is youthful Ronald Kibuule who has been dropped as State Minister for Water. Nakiwala Kiyingi has also not bounced back as the Youth Minister; the position has been given to little known Nyirabashitsi Sarah Mateke.

Godffrey Kiwanda, who has been the Minister of State for Tourism, Wildlife and Antiquities has been replaced by Martin Mugarra.