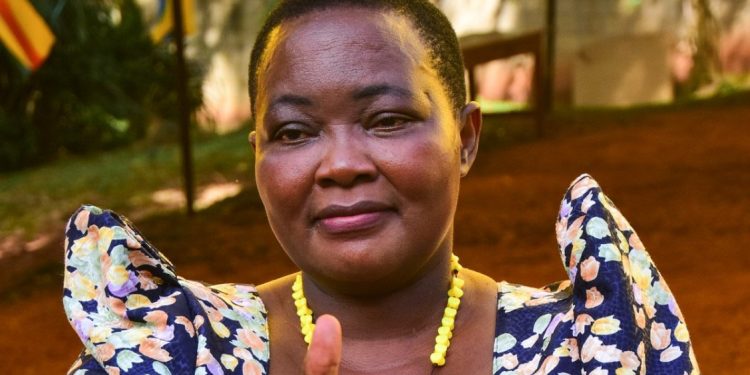 As the Kakumiro Woman Member of Parliament, Hon. Robinah Nabbanja waits for Parliament to vet her tomorrow before she’s sworn in as the Prime Minister of Uganda.

Matooke Republic has compiled a brief profile on the politician.

Robinah Nabbanja  (born December 17, 1969), is a Ugandan teacher and politician. She attended Nkooko Primary School. She then studied at St. Edward’s Secondary School Bukuumi, for both her O-Level and A-Level studies.

Between 1990 and 2000, Nabbanja obtained certificates and diplomas in leadership management and development studies from various institutions including Uganda Martyrs University, Uganda Management Institute and the Islamic University in Uganda and the National Leadership Institute Kyankwanzi.

She obtained a Bachelor of Democracy and development studies and her Master of Arts in Development Studies from Uganda Martyrs University.

From 1993 to 1996, Nabbanja was a school teacher at Uganda Martyrs Secondary School Kakumiro. From 1998 to 2001,She served as the District Councillor in Nkooko sub county present day Kibaala. She concurrently served as the Secretary for Health, Gender and Community Services for the district during that period.

In a recent interview, Nabbanja revealed that during that time she was a regular caller on radio talk shows.

She then spent the next ten years (2001–2010) serving as a Resident District Commissioner in the districts of Pallisa, Busia and Budaka.

In 2011, she joined Uganda’s electoral politics by successfully contesting for Kibaale District Women Representative in the 9th Parliament (2011–2016). When Kakumiro District was created in 2016, she contested for the Women Constituency in the new district and won again. She managed to retain her post and is the incumbent  Woman MP Kakumiro.