Museveni has money, I can only slaughter for him a bull- Alupo’s mother reacts on daughter’s VP appointment 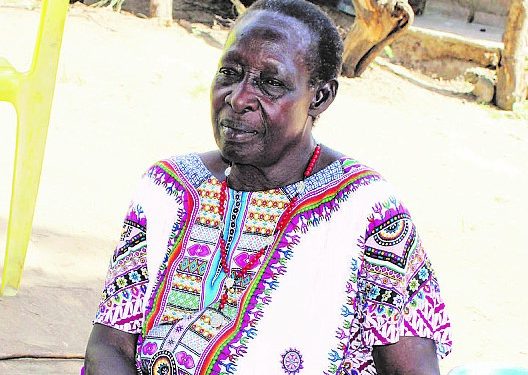 According to New Vision, the 74 year old retired midwife spent Wednesday thanking God for elevating her fourth born into the second highest position in the land.

“When I heard my daughter’s name being mentioned on the radio, I almost collapsed. Alupo from Ongongoja to be named Vice President,” Toto Akol told the publication.

Toto Akol expressed her gratitude to President Museveni for appointing her daughter.

“I am very grateful to the President for considering my daughter among all the people in the country to be his vice. Thank you God for guiding him to appoint my daughter, who is humble and God fearing,” she said.

She also asked the Head of State to pay her a visit so that she can slaughter a bull for him in appreciation.

“Museveni has money, so I can only offer him a bull that we roast and enjoy together. His choice is the best because Alupo was brought up well,” she said.

She advised her daughter not to take her appointment for granted, but to seek God’s guidance to serve the people with dignity.

“I also advise her to be respectful to her boss and always be in office on time. She should also be a servant to the people not a boss,” said Toto Akol.

Following a failed assassination attempt on Gen. Katumba Wamala, Toto Akol appealed to the President to ensure that her daughter is well protected.

“I pray for her security because at one time they attempted to kill her in Mabira,”she said.