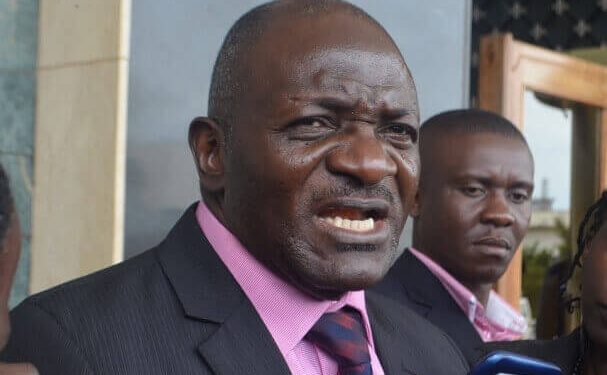 The presidential appointee to the docket of the Ministry of Works and Transport, Gen Wamala has today appeared before the Appointments Committee for vetting.

Katumba came donned in a blue kaftan with his injured shoulder and hand still covered in a brace.

Speaking to journalists shortly after his interface with the Parliamentary committee on appointments, Katumba said that he gets daily briefing on investigations into his attempted assassination

“This matter is still under investigation. I wouldn’t want to jeopardize the investigations. I get a daily briefing from them.  They give me updates on how far they have gone.”

The former Army commander survived an assassination attempt on June 1 as gunmen riding on bikes sprayed his car with bullets, killing his daughter Brenda Wamala and driver Haruna Kayondo.

On his road to recovery, Katumba disclosed that his situation is now manageable and ready to resume work once approved by Parliament.