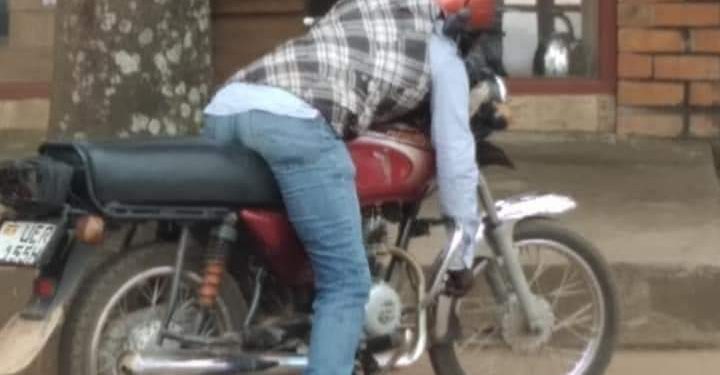 A yet to be identified boda boda rider has been found dead on his motorcycle at Lugogo Mall. The deceased’s lifeless body was found well positioned on his bike by eyewitnesses.

According to Uganda Red Cross PRO, Irene Nakasita, a call came through from Lugogo By-Pass that a Boda Boda guy came and parked there, and seemed unwell.

“Police called and our ambulance arrived at the scene, only to find the guy was cold. He died on his Boda.

His body has been handed over to police. He had vital info which we used to contact his family to join police and they have taken the body,” said Nakasita.

The details surrounding his death are yet to be revealed as the body has been taken to Mulago Hospital for a post-mortem.