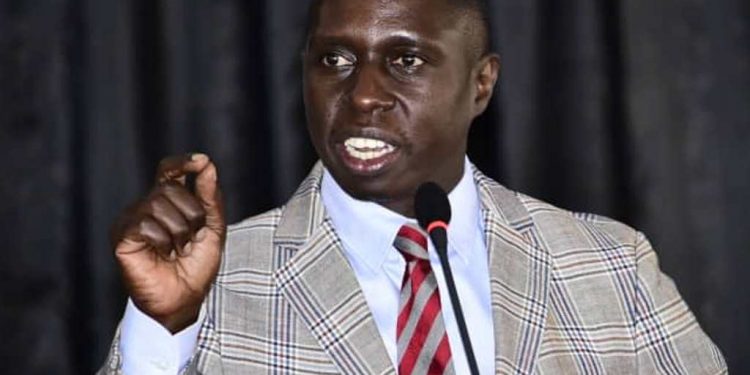 Kampala Central Member of Parliament, Hon. Muhammad Nsereko has this morning ‘punched holes’ in government’s strategy of fighting the second wave of COVID-19 that was announced by President Yoweri Museveni yesterday evening.

Museveni put back the country to a total lockdown with public transport suspended, several businesses closed, no movement of private vehicles and curfew hours reduced to 7pm among other directives.

Nsereko says that he’s not against the lockdown but government got it wrong on many fronts. He claims that Museveni has surrounded himself with ‘yes’ people who fear advising him on anything.

“The airport remains open for vaccinated tourists to come but fully vaccinated Ugandans are prohibited from moving. These directives are not backed up by logic,” says Nsereko.

“Factories depend on wholesalers in Kikuubo to sell their products. Closing Kikuubo means the business economy is halted by 50 %,” he adds.

He further explains government has forced back the people to their homes without any plans of how they will provide them with the necessities to survive like water, electricity, food and rent among other needs.

“We have always called for the revamping of public services in Uganda.  We are not against the lockdown but we want accountability. Who takes this money meant to increase the capacity of beds, oxygen and ambulances? What happened to the vehicles donated last year to help fight Covid?” he asks.

Last year government tried to supply food to people living in urban areas of Wakiso and Kampala. However many did not receive the food.

Yesterday Museveni ordered the Prime Minister’s office led by Robinah Nabbanja to identify items government can provide to the vulnerable in urban areas.