Gen Tumukunde to Besigye: Being in opposition is not a preserve of one group or individual 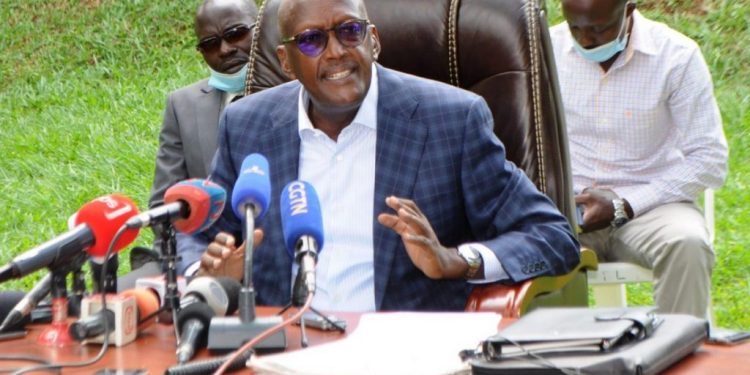 Through his official twitter handle, Besigye tweeted about an illustration that showed Gen Elly Tumwine yelling under the bus.

“Hmmm! The fellow shouting “TUSONGE” (let’s advance) has just emerged from under the same bus and will, likely, return there soon! That’s the same bus window in which Gen Tumukunde also sat, before he was thrown under the bus!” Besigye said in a tweet.

Tumukunde responded saying, “Col Besigye, don’t you remember occupying more than one seat on the same bus at some point? Starting ‘first’ does not negate history.”

He further ranted that being in opposition is not the preserve of one group or individual as they (opposition) should welcome all that seek change and want better for Uganda irrespective of where they once stood/currently stand.

“It’s easy to blow your own trumpet and forget that others have trumpets too. But that is not the point. The key point is there is no better way to safeguard the future of our country than to ensure and plan for its continuity,” he said.

For starters, both Besigye and Tumukunde have ever worked in several government offices under Museveni’s regime.

“We are tired of being called thieves,”Dr. Atwiine says govt cares about Ugandans

COVID-19 vaccination to resume today, here are the vaccination centres in Kampala, Wakiso

COVID-19 vaccination to resume today, here are the vaccination centres in Kampala, Wakiso