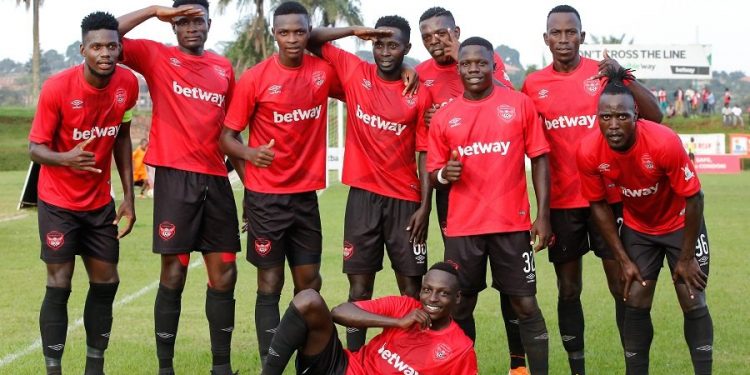 Express Football Club are Champions of the StarTimes Uganda Premier League 2020/2021 Season after the decision made by the FUFA Emergency Executive Committee today on Tuesday June 29 2021.

This is Express FC’s seventh league title and first since 2012.

“The FUFA Emergency Executive Committee has on Tuesday 29th June 2021 taken the decision to end the 2020/21 StarTimes Uganda Premier League based on Article 18, Section 1, Sub-section C & D of the FUFA Competition rules,” said FUFA in a statement.

The above article states; Where the league format due to circumstances of force majeure is not played to completion the league winner shall be determined as follows.

c) Where at least one club has played more than 75% of the league games, the following formula shall be used by TOC (Tournament Organising Committee) to determine the league positions.

The UPL was halted when President Yoweri Museveni announced a total lockdown to curb down the spread of coronavirus.

Express FC were top of the table hence have been declared Champions of the 2020/21 Uganda Premier League.

Kyetume FC, MYDA FC and Kitara FC have been relegated to the StarTimes FUFA Big League.

URA FC who were second on the Uganda Premier League table at the time the lockdown was imposed will represent Uganda in the CAF Confederation Cup.

Gov’t says Ugandans to pay for the installation of tracking devices in their vehicles, motorcycles