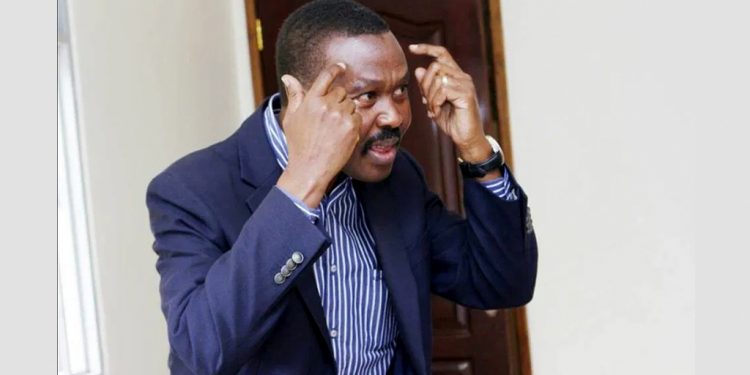 Former Army Commander and founder of the Alliance for National Transformation (ANT) party, Gen Mugisha Muntu has urged the opposition to stop being reactionary to what President Yoweri Museveni is intending to do but rather build capability to destabilise his intentions.

Muntu says that Gen. Museveni is at a point where he has to think deeper than he normally thinks.

“None of us is the alpha and omega,” says Muntu.

When asked about his remarks on the rumoured ‘Muhoozi project,’ Muntu explained, “I keep hearing about the Muhoozi project, it may be one of the projects of Gen. Museveni but we should be focusing on the capability to deny him his intentions like we have been focusing on getting him out of power.”

For starters, in 2013, Gen. David Tinyefuza alias Sejusa fled to the UK after authoring a letter alleging that Museveni planned to hand power to his son Gen. Kainerugaba. The letter to President Museveni, written through the Internal Security Organisation (ISO)— demanded for an investigation into reports that there were plans to assassinate top army officers perceived to be opposed to the so-called “Muhoozi Project.”

For Mugisha Muntu, he believes that Uganda should normalise transition talk especially from within the government.

“Change is inevitable, even those in NRM know that change is going to happen. There must be an environment created in the NRM where they don’t feel uncomfortable discussing this,” he says.

On the recent transition comments made by Gen Elly Tumwine, Muntu says that many people are making comments on the messenger other than the message.

“We need to keep focused on the message (Gen. Tumwine’s remarks) so that it’s comfortable to be discussed not only in the opposition but internally in the NRM,” he says.

NDA finally approves COVIDEX, a local herbal medicine to be given to COVID-19 patients to support their treatment

NDA finally approves COVIDEX, a local herbal medicine to be given to COVID-19 patients to support their treatment