“We may get to know their motive,” Gen Katumba speaks out on arrest of his attackers 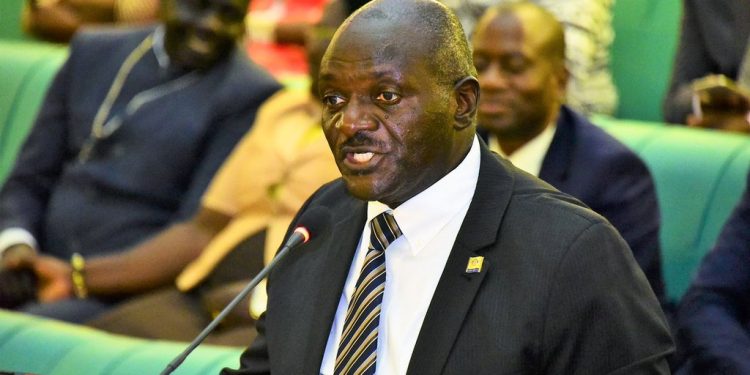 Last week Joint Security Task teams made a major breakthrough and arrested four more suspects connected to the double murder and attempted assassination of Gen Katumba Wamala which occurred on June 1 this year.

Gen Katumba, the Works and transport minister is pleased with development, according to the NewVision paper.

“Just like any other Ugandan, I am happy that at last, they may be getting these fellows behind these senseless killings and we may get to know their motive,” the national newspaper quotes Gen Katumba.

The former Army Commander survived an assassination attempt on in Kisaasi, a Kampala suburb but his daughter Brenda Wamala and driver Haruna Kayondo were killed in the attack.

Other suspects Mustafa Kawawa Juma Saidi alias Taata Juma and Juma Sserwadda aka Shakibu were gunned down on Friday in Kanyogoga slums of Namuwongo, a Kampala suburb.

Earlier on two suspects Ssembuba Husein Ismail and Nyanzi Yusufu Siraji , were charged with two seperate counts of murder and two accounts of attempted murder.  They were remanded to Kitalya Prison till August, 3rd 2021.