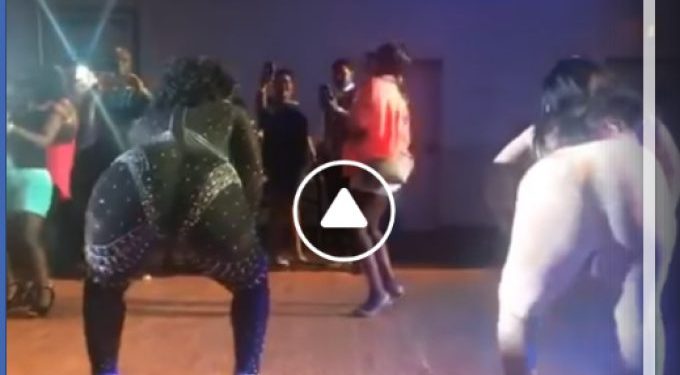 Musician Nakanwagi Winfred known to many as Winnie Nwagi has done it again, forget about her bikini photos that caused a social media uproar, this time round the Jangu hit maker is seen wiggling her bootilicious body in a netted jumpsuit.

In the current video that she posted on her Snapchat, Nwagi dressed in fishnet tights, she shakes her big buttocks for the camera.

The unapologetic Nwagi has had many incidents of that nature where she was indecent for example while she was performing at SMACK and she started twerking for teenagers but later apologized.