Why the Army has taken over Gov’t construction projects 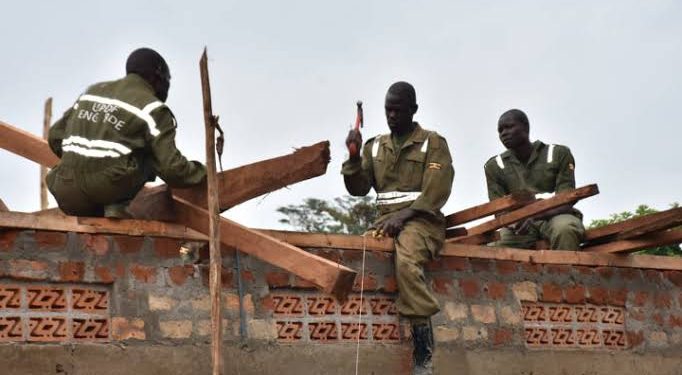 President Yoweri Museveni has directed the Health and Education Ministries to use the Army Construction Brigade to undertake government construction projects.

In his letter to the Minister of Education and Sports and Minister of Health dated July 1, Museveni notes with concern that many government projects are taking too long to be completed due to the length procurement process and other challenges like corruption by some unscrupulous government workers.

“I am very certain we can avoid all these delays in implementing government construction projects by utilizing the army construction brigade to undertake the works,” said Museveni in a letter.

The two ministries are already lined up to receive up to Shs1.4 trillion in loans from the World Bank, under two separate projects. This will see the construction of a public secondary school and health center IIIs in each Sub-county countrywide. If the pilot project by the army is successful, Museveni notes that his directive will at a later stage, be expanded to cover other sectors in government