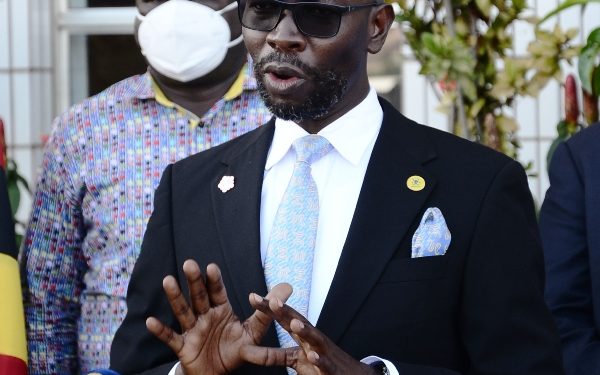 State Minister for Foreign Affairs Okello Oryem says that Minister of State for Education in charge of Sports Hamson Obua will be travelling to Japan to coordinate investigations in the search of Ugandan athlete Julius Ssekitoleko who disappeared in Tokyo, Japan ahead of the much awaited Olympic Games.

According to Oryem, Ssekitoleko’s disappearance act has ashamed Uganda as it portrays a bad image not only on the Ugandan atheletes but also the country at large.

He said the authorities are going to hunt him down and bring him back home.

Ssekitoleko, a 20-year-old weightlifter, failed to qualify for the Games after his arrival in Japan, and was due to fly back to Uganda on July 20.  Last week he disappeared from his hotel at a training camp in Izumisano, Osaka Japan.

However, he left behind a note revealing that he did not want to return to Uganda as he wants to work in Japan and asked the members of the delegation to send his belongings back to his wife.

The Ugandan delegation was among the first teams to arrive in Japan for the delayed Tokyo Olympics. The team started training in the western Japanese city on July 7 after completing a mandatory quarantine.

COVID-19: Uganda registers over 1000 recoveries in a single day, new infections drop to 200