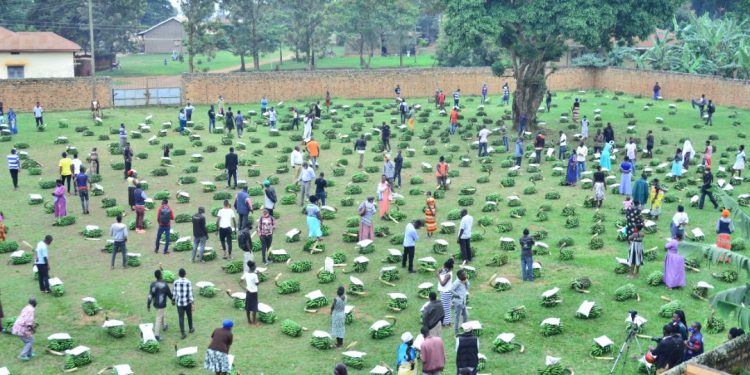 Just like last year during the first lockdown, government has once again banned physical distribution of food relief by politicians and other leaders saying the activity exposes people to the risk of contracting Covid-19.

Chris Baryomunsi, the Minister of Information and National Guidance said that the activity attracts crowds hence violating the Ministry of Health guidelines intended to curb the spread of the pandemic.

“We have learnt that some politicians both from the ruling party and the opposition have bought food and some have started and others intend to distribute food to the population. They are going to do it through gathering people. We would like to caution and give them advice,” said Baryomunsi.

Mityana Municipality legislator Francis Zaake has protested the decision saying they cannot just look on as leaders when their people are starving to death.

He said they are using safe methods to distribute the food items.

“Barely 24 hour after my Foundation gave food to hunger-stricken constituents, the regime has now banned further donations by leaders to the public.

My colleagues and I had been compelled to aid citizens so as to fill a vacuum created by the regime’s perennial poor planning, corruption and false promises. The regime has kept on playing a disappearing act on desperate citizens whose sources of livelihood were interrupted by the lockdown, yet even the Shs100,000/= it promised 1% of the population is nowhere to be seen,” said Zaake in a tweet.

Last year, Zaake was arrested for violating the SOPs as he distributed food relief to his constituents.