“Whoever messes with the land of our ancestors will get burnt,” says Gen Muhoozi 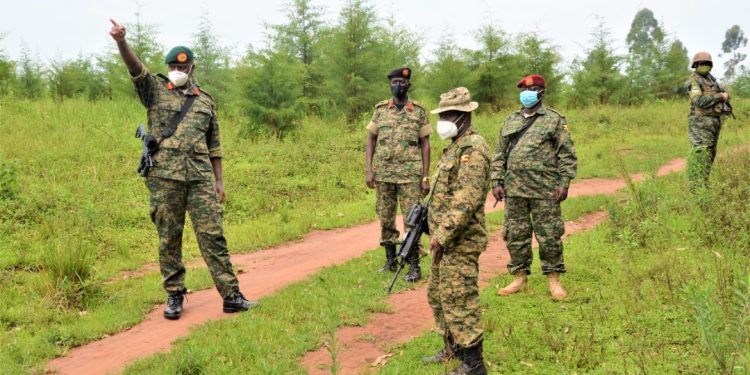 Last week the Uganda People’s Defence Forces (UPDF) killed six attackers believed to be from the Democratic Republic of Congo (DRC) who had disguised as forest workers.

The shoot-out happened in Zeu, Zombo District and the deceased attackers included two Ugandans and four Congolese, Brig Flavia Byekwaso, the Army spokesperson said in a statement. Also one Ugandan soldier died and three were injured.

The attackers are suspected to be CODECO Lendu Congolese armed gang. CODECO stands for Cooperation for the Development of Congo, a militia group based in eastern DRC.

Through his official Twitter handle, First Son and Commander of the Land forces Lt Gen Muhoozi Kainerugaba has vowed that the arm has all the needed capacity and determination to defeat all kinds of rebel threats.

“I visited our valiant troops in Zombo who successfully repulsed an attack last week from a Congolese rebel group called CODECO. I told them we are the fire that guards Uganda, whoever messes with the land of our ancestors will get burnt,” said Muhoozi in a tweet.

Last year in March, a militia from Congo attacked several areas in Zombo where they killed UPDF officers and also burnt homes.

Martha Kay reveals how she ' faked' own surprise birthday party