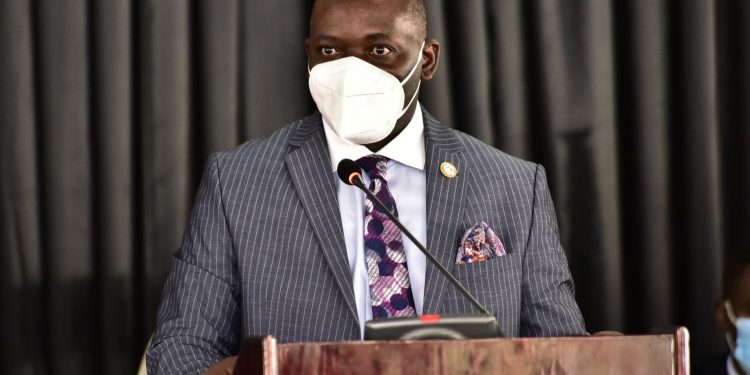 Leader of the Opposition, Hon Mathias Mpuuga has said that whereas the cash relief gesture is welcomed, government should consider doing more for the vulnerable groups.

While presenting his response to the Prime Minister’s statement on government’s COVID-19 response, Mpuuga said the vulnerable groups have other daily and monthly costs that government has to help them on.

“Apart from food, the cash relief did not consider other costs of daily living such as rent, water, electricity and medical core. These costs ought to have been incorporated in the computation of the cash transfer amount,” said Mpuuga.

As of yesterday, PM Robinah Nabbanja revealed that total of 413,5O4 beneficiary records had been submitted to the bank and paid which represents 82.5%.

Similarly Mpuunga asked government to consider extending support to private health facilities in form of incentives such as tax waivers on utilities, deployment of medical personnel, joint procurement of drugs and supply of oxygen.

On low vaccination rate in the country, Mpuuga attributed the issue to the continued reliance on the donor driven COVAX facility and donations from countries such as Norway, India, China and USA. He said that this approach of acquiring vaccines is alarming and shameful.

Tokyo Olympics: Uganda’s schedule and how to watch

Tokyo Olympics: Uganda's schedule and how to watch