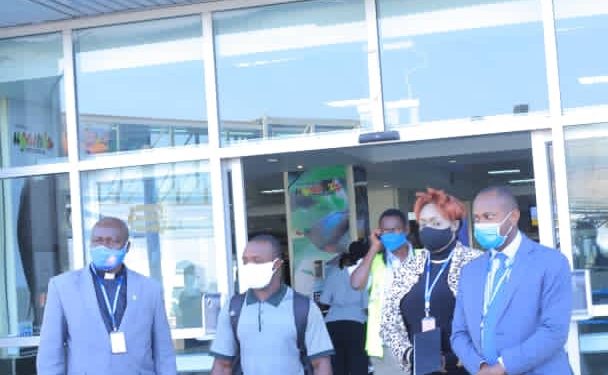 Julius Ssekitoleko, a Ugandan weightlifter who went missing on Friday July 16 2021 from the Olympic village facilities in Izumisano City, Japan has returned to Uganda safely.

Upon arrival at Entebbe International Airport today on Friday July 23 at around 8:30am aboard Qatar Airways , he was received by officials from Ministry of Foreign Affairs and Ministry of Education and Sports.

In a joint operation between Japanese Authorities and the Ugandan Embassy in Japan, Ssekitoleko was tracked down in Mie Prefecture on July 20.

According to the Ministry of Foreign Affairs, his action unfortunately violated the Code of Conduct which each member of the Team pledged to abide by.

Ssekitoleko did not meet the set Olympic standards in the latest International rankings and consequently fled the Team Uganda camp during pre-Olympics training in western Japan last week.

How about 6,000 people received double payment from the COVID-19 relief funds

How about 6,000 people received double payment from the COVID-19 relief funds