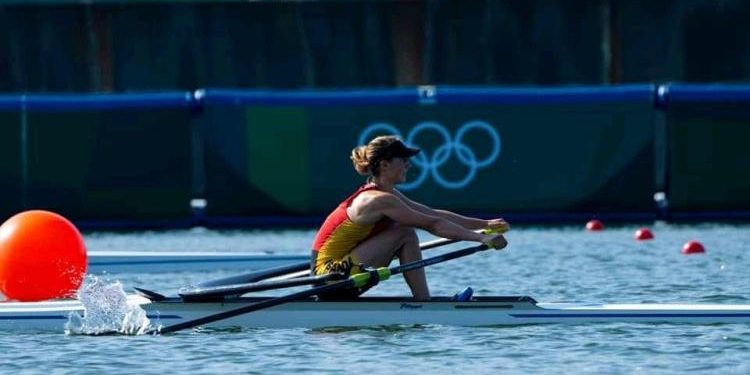 Kathleen Grace Noble has today made history becoming the first Ugandan to compete in rowing at Olympics. Kathleen finished 5th in the women’s single sculls race in heat 2 and now set for a repechage tomorrow.

A repechage is a contest in which the best-placed of those who failed to win heats compete for a place in the final.

Ireland’s Sanita Puspure won the Heat 2 after posting 7:46:08 followed by Mexico’s Kenia Lechuga with 7:54:21 and Greece’s Anneta Kyridou with 7:54:28 who are now into the quarter finals.

Noble booked her ticket to Tokyo in a qualification event that was held in Tunisia where she finished among the top five who qualified in the single scull category.