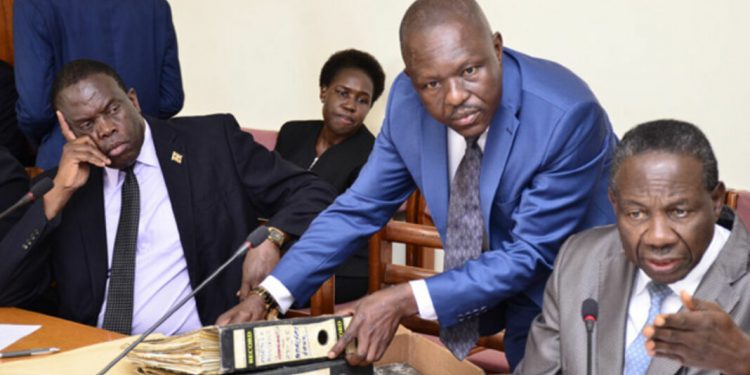 The Solicitor General has warned Departed Asians Property  Custodian Board Executive Secretary George Bizibu and Finance Minister Matia Kasaija not to interfere in matters regarding Asian properties that have been legally repossessed by their owners.

This follows DAPCB’s attempt to evict owners of a property on Plot 14c Martin Road. The Solicitor General has termed such attempts as illegal.

On February 26, DAPCB wrote to the area chairman asking him to facilitate the vacant possession of the property within 60 days so that they can verify its ownership.

According to the Solicitor General, the matter regarding those properties was put to rest by his office and the former Finance Minister. He says the two have continuously discarded the earlier positions.

“Reference is made to your letter no CB2672 dated  26 February 2021 addressed to the LC1 Chairperson, Martin Road (copy attached) on the captioned subject which was brought to the attention of the Hon. Attorney General on 16, April 2021 in his capacity as principal legal advisor of the government by M/s Sharma Import and Export (U) Limited, the registered owners of the property captioned. The letter requires the occupants/registered owners of the property to vacate it to enable the Minister for Finance to deal in the property.”

He adds “The Hon. Attorney General has advised as follows: That he has previously advised on such matters  vide his letter to the Hon Minister of Finance, Planning and Economic Development ref.ADM31/197/01 dated 15 August. That as per the said letter of August 2019, the minister responsible for Finance (or Departed Asians Property Custodian Board) “(“The Board”) has no powers to cancel a certificate of repossession previously issued by him or her (See Mohan Kiwanuka vs Asha Chand SCCA No14 of 2002). That powers is reserved for the High Court of Uganda under section 15 of the Expropriated Properties Act Cap.87. It is also the position of the law that a certificate (of title) is conclusive proof of title to land, unless it has been proved that the title was procured through fraud”.

The Attorney General in his letter indicated that from the available record, the property in caption had been repossessed by its pre 1972 owners  on the authority of a certificate issued by the minister.

“That the purported claim of ownership or authority over the property by the board, as has been the case with respect to other long possessed properties in the recent past, is downright illegal, and is unnecessarily exposing his office and the government at large to costly litigation.”

“That this office therefore, will disassociate itself from illegal action being contrived by the board in this particular matter and urges the board to desist from further interfering with registered owner’s  constitutionally protected right to the property in question” reads the Solicitor General’s letter of June 15, 2021.”