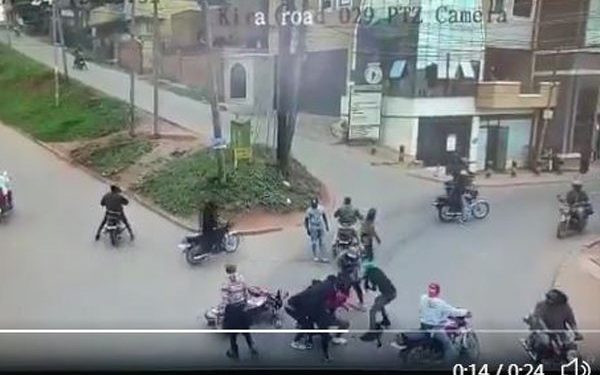 A video is making rounds on social media were robbers travelling on boda bodas attacked a man who was also moving on a boda boda at a junction in Kampala.

According to Police, the robbery incident that happened yesterday 24/7/2021 at around 12 PM along Mawanda Road.  The victim Jiwan Lal an accountant working with Rigil agro peck limited in Kololo was attacked by 14 men travelling on 7 motorbikes.

In the video, the victim was surrounded and assaulted continuously. Police says he was assaulted until his money amounting to Shs5 million and two phones were stolen from him.

“The police recorded statements from eye witnesses and has started following up on leads that have proven helpful in identifying the suspects for arrest,” says Police.