“He had suicidal thoughts,” Police explains why Ssekitoleko is under detention, set to be released today 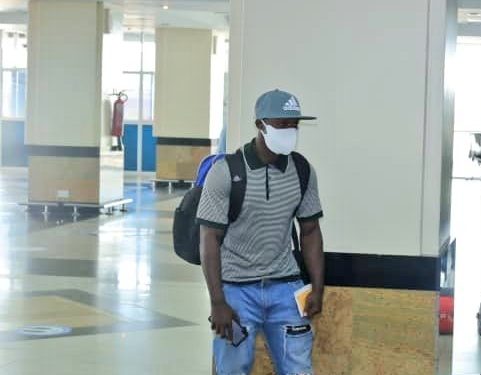 Police are still holding Julius Sekitoleko, a weightlifter who was deported from Japan after he reportedly went missing from the Olympic camp.

Upon return, Ssekitoleko has been in Police custody since Friday. However, Police is not clear on what crime they want to charge him with.

Speaking during the weekly Police briefing earlier today on Monday at the Police Headquarters in Naguru, CID Spokesperson, Charles Twine, said that they have been interrogating Ssekitoleko on a wide range of issues which includes how he travelled despite not qualifying for the Olympics.

Twine said Ssekitoleko has been open to them as he disclosed that he went to Japan well knowing he was set to represent his country but only to reach there and one of the Uganda Olympics Committee (UOC) official told him ‘he didn’t qualify’ and has to be returned home.

Twine said Ssekitoleko revealed to them that he tried to commit suicide after realizing his Olympic dreams were shattered.

The CID PRO said that they are to probe UOC over irregularities in Ssekitoleko’s travel to Japan. He wondered why UOC spent tax payers’ money to take Ssekitoleko to Japan before he had qualified.

He said Ssekitoleko is to be released on bond before close of business today.

The public has been urging the authorities to unconditionally release Ssekitoleko as he only needs financial help and not incarceration.