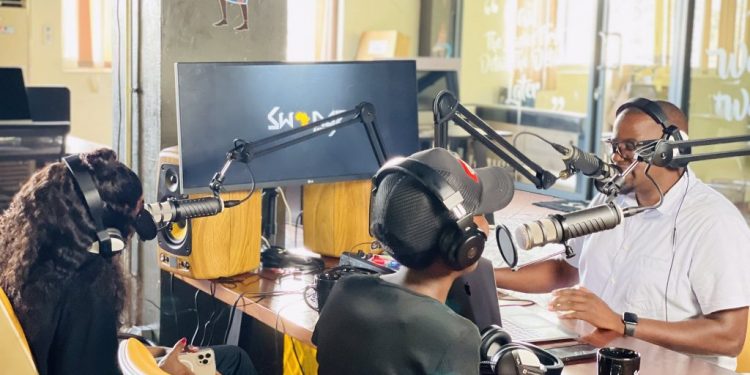 As we get closer to the release of her maiden African Music album, Azawi real name Priscilla Zawedde has continued to tease us by dropping a song title every day as opposed to giving us the full tracklist at once.

The super talented Swangz Avenue recording artist and performer has today revealed her first collaboration on the album.

You all know Benon Mugumbya, right? of course many of you are used to him being behind the scenes but guess what, Azawi has got him out of retirement and you will be dancing to their tune soon.

In a video clip with both of them in the studio jamming to a song she has titled Thankful, we see Benon animated and asking to throw a verse on the song. This was clearly recorded at Swangz Avenue studios a way back but released this morning.

The ‘African Music’ album will be officially released on Independence October 9. Just like you, we can’t wait to listen to it.