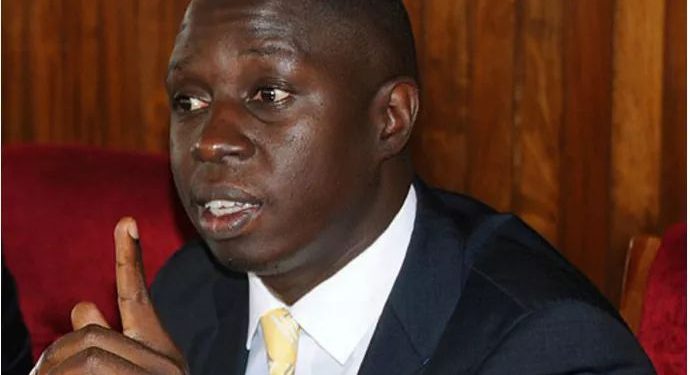 Last month during the Heroes day celebrations, President Yoweri Museveni expressed his dismay at the century long Mailo land tenure system used in Buganda kingdom stating that it’s ”an evil system.”
Museveni’s comments on the land tenure system that was adopted in the post-1900 Buganda agreement era have since then caused a social media outrage with many disagreeing with him.
While appearing on NBS’s morning Breeze show, Kampala Member of Parliament Hon. Muhammad Nsereko said that Mailo land is owned by both Baganda and non- Baganda. He also said that the President won’t win the Mailo land battle.
“The President may have been ill-advised that that’s the best way to face off with people from Buganda but this involves people from the whole country. The President will not win this battle,” said Hon. Nsereko.
Hon Nsereko added that the issue the President has with Mailo land is that people hike compensation prices when government wants to use part of their land for development. He advised the Head of State to handle the issue differently.
He also said that the President didn’t talk about the Mailo land issue during elections because it is volatile.
“The President wants people from “here” to kneel for him, we shall not. We shall just explain our points. Evictions can be done on both public and private land. The greed by some leaders now is that they want to control everything, our land, cars. What we are saying is “Ettaka lyaffe tolikwatako”, “Emmotoka zaffe temuzikwatako,” said Nsereko
Tags: Muhammad Nsereko
Previous Post