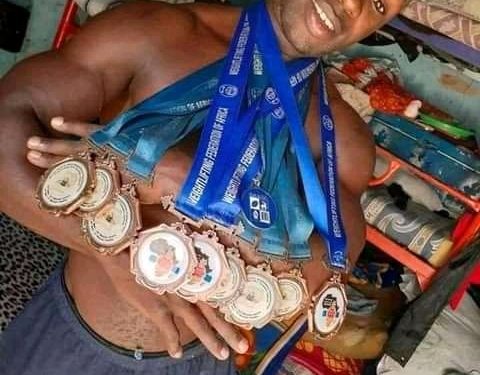 The Family of detained weightlifter Julius Ssekitoleko  has petitioned the High Court civil division demanding for his unconditional release from police custody were he has been held since Friday upon returning from Tokyo.

Through their lawyers Wameeli and Company Advocates the family led by a one Munaabi Phillip are suing the Attorney General, the Director Criminal Intelligence and investigation and the Directorate officer in charge of Jinja Police station.

The family claims that their son committed no crime and should be released so that he can be able to look after his 24-year old girlfriend Desire who is five months pregnant and currently sharing a single-roomed house with her sister in Kisugu.

As of yesterday, Police was not clear on what crime they want to charge him with. Police only claimed how they were still interrogating him on how he travelled to Tokyo despite not qualifying for the games.