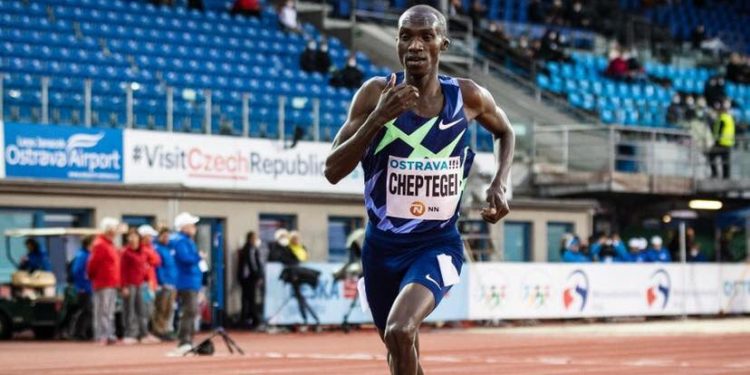 With two-time winner Mo Farah missing from the field, a new Olympic men’s 10,000m champion will be crowned in Tokyo for the first time since 2012.

Cheptegei and Kiplimo are both attempting the 5000m-10,000m double in Tokyo.

24-year-old Cheptegei will be gracing Olympics for the second time having finished sixth in the 10,000m and eighth in the 5000m in 2016 Rio de Janeiro.

He has since risen to the top of the sport, earning silver at the 2017 World Championships in London and gold in Doha in 2019. He also completed the 5000m-10,000 double at the 2018 Commonwealth Games in Gold Coast, Australia. Cheptegei is the favourite for the men’s 10000m final as he has the world record and title over this distance.

However, 20-year-old Kiplimo is tipped to give Cheptegei stiff competition as he is in stunning form.  He clocked a world-leading 26:33.93 in Ostrava on May 19 this year, the second-fastest time over the distance since 2008 and elevating him to seventh on the world all-time list. He’s unbeaten on track since 2018.

Stephen Kissa will be the third Ugandan in the men’s 10000m final. He may be unknown by many but, he’ll be a vital piece in Cheptege1’s plan.

Meanwhile before the Men’s 10000m final, Sarah Chelangat and teenager Prisca Chesang will be participating in the women’s 5000m round 1 today on Friday at 1pm (EAT). Then at 1:26pm EAT, Esther Chebet will be Heat 2 of the same event. Top 5 in each Heat and next 5 fastest advance to Monday’s final.