LUKWAGO: I can’t buy an ambulance when people are busy squandering money meant to procure it 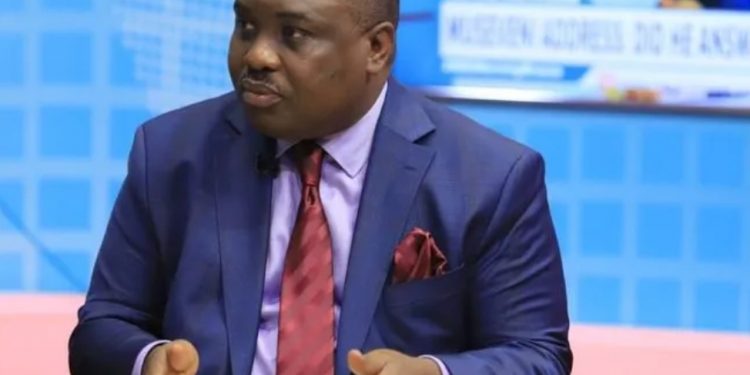 As the Kawempe North Member of Parliament,Hon. Muhammad Ssegirinya continues to win hearts of the masses with the positive change that he is causing in his constituency, Kampala Lord Mayor Erias Lukwago has said that he can’t buy an ambulance when people are busy Squandering the money meant to procure the ambulances.
“I will not pick from my UGX 13 million take-home salary to buy ambulances, yet money allocated to procure has been squandered,” said Lukwago
Ssegirinya has set up a health facility- the Kawempe North Medical Centre in Katale Zone Kyebando, he has also bought two grade II ambulances, with one stationed at the health facility while another evacuates patients anywhere from the countryside.
ADVERTISEMENT
Lukwago who was advocating for the government to lift the lockdown also said that he can’t be satisfied with the easing of the lockdown without a plan.
” We speak for the voiceless. Obviously, easing the lockdown without a clear plan cannot satisfy me or make me happy,” said Lukwago.
He added that the easing of the lockdown wasn’t intended to go as it did noting that people are exiting it without a plan.
“If you want President Museveni to take a decision direction A, you point to direction B. The easing wasn’t intended to go the way it did. We had to bring out the voice of the people to influence the decision of President Museveni and his team,” said Lukwago.

While commenting about the education sector still being locked, Lukwago advised government to vaccinate the teachers and allow the children go back to school.

“At this rate, vaccination of learners will take more than five years. Our suggestion as the “People’s Government” is to vaccinate the elderly, those with underlying conditions, teachers and frontline workers,”said Lukwago.
Tags: Covid 19Erias Lukwago
Previous Post

TOKYO OLYMPICS: Ugandan athletes who are still in medal contention

TOKYO OLYMPICS: Ugandan athletes who are still in medal contention