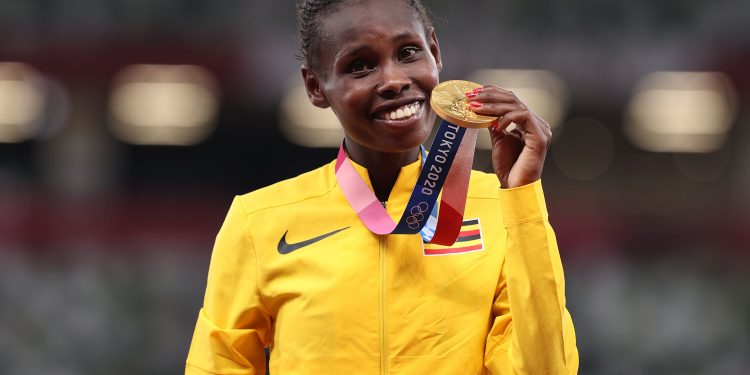 With Day 13 of the Olympic Games underway and the medals flowing, Uganda is still in celebratory mood after scooping first gold at the on-going Olympics games in Tokyo, Japan.

Peruth Chemutai yesterday made history for both Uganda and herself after winning the women’s 3000m steeplechase final. She became the first Ugandan woman to win gold in any Olympic sport.

It is Uganda’s 10th medal in Olympics history. Third gold at the Olympic games after John Akii-Bua (1972) and Stephen Kiprotich (2012). The 22-year-old also broke the national record as she posted a new record of 90:1.45.

Chemutai’s heroics have now put Uganda third in Africa in terms of medal count in Tokyo. Uganda is third with Ethiopia.  Kenya is top in Africa followed by South Africa.

With three medals (Gold, Silver and Bronze) so far, the Pearl of Africa is ranked 46 overall.  China, USA and hosts Japan are the top three countries with the most medals.