Amama Mbabazi: Uganda is honored to have Rt.Hon Jacob Oulanyah as it’s Speaker 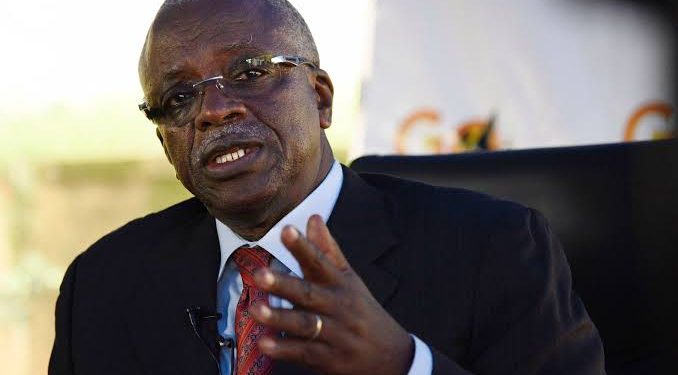 The former Prime Minister of Uganda Rt.Hon. Amama Mbabazi has congratulated Rt. Hon. Jacob Oulanyah on being elected as the Speaker of Parliament.
While addressing a small congregation during the service at the residence of the Archbishop Of Uganda His Grace Stephen Kazimba, Amama revealed that he had not had an opportunity to congratulate Rt.Hon Oulanyah noting that he has been quiet farming and not in public.
“I have not had an opportunity to congratulate you(Speaker Oulanyah) because I have not been in public. I have been quiet farming. But now that I have the opportunity let me congratulate you and congratulate Uganda for having such a great Speaker,”said Amama.

Amama also said that Uganda is honored to have Rt. Hon. Oulanyah as a Speaker.
“He is my young brother,I was in Parliament for 27 years so when I talk about the quality of this man with whom I worked with for a longtime as his leader. I am speaking from a position of knowledge. Uganda is honored to have Rt. Hon. Jacob Oulanyah as it’s Speaker,” said Amama.

He also said that he expects the 11th Parliament to deliver services at a much higher rate than the Parliaments in the past.
Amama is the chairperson of the committee incharge of the 60billion fundraiser drive intended to save the Church House from the debt it owes Equity Bank.