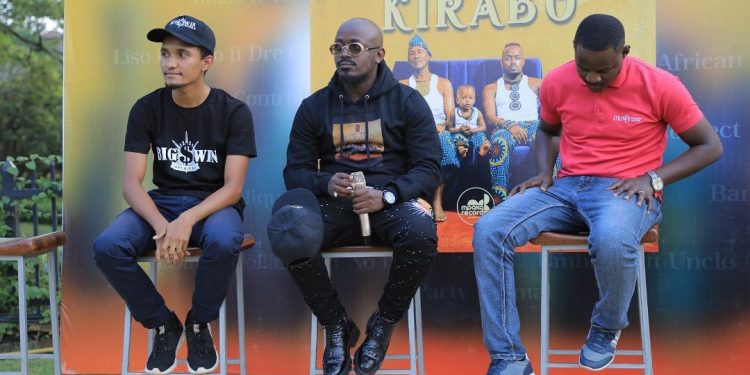 Ugandan artiste Ykee Benda, real name Wycliffe Tugume has released his second studio 17-track album dubbed “Kirabo”.
Ykee Benda has, over the years, proven to be one of Uganda’s hardest working artist. His versatility and ability to comfortably create music in different genres has made him a household name in his home country and internationally.
Ykee Benda’s first album “Kireka Boy” was a huge success, introducing him onto the mainstream music scene. He is now back with “Kirabo” – a Luganda word loosely translated as “gift”

With Mpaka Records and Dre Cali up and running, Ykee is now concentrating on his music career with “Kirabo” coming as a gift to his fans.
The outspoken singer revealed that the album is an “exciting challenge”. It marks five years that Ykee Benda has spent in the industry.
“This album has been an exciting challenge to me. I wanted to show the world what I am made of from what my fans were use to and show them new sounds and genres. I wanted to do something for everyone,” said Ykee Benda during the album reveal event at Mpaka Records.q
One of the songs off the album that has already gained pace on music charts is Ykee’s collabo with Lydia Jazmine dubbed Banange.
Something constant about the 17 tracks on the album is uniqueness.
Track number 1 Mi Amor is a love song celebrating a journey between lovers. It will make you remininsce on the beauty of friendship and understanding.

There are more love ballads like Liso ku Liso featuring labelmate Dre Cali, and Sweet – a record that has a twist of RnB, celebrating love and beauty. It’s the song that showcases Ykee Benda’s vocals and emotions.
Track 9, Malahiika, features guitar maestro Myco Ouma’s magic. According to Ykee, it is based on a true story of secret love relations and the discovery of soulmates.
If you are all about the party vibes, the vibe and melody on Weekend will put you in exactly that good mood each time you listen to it after a long week.
Control Me (track 5) has an Afro touch. It’s a groovy melow song that will remind you a lot of the original Ykee Benda’s originality.
Among the collaborations on the Kirabo album is Umbrella featuring Rwanda’s Uncle Austin. Magic (featuring Tekno Miles) also provides that West African touch of celebrated producer Selebobo.
Complique featuring Gaz Mawete from Congo and Million Dollar featuring Kiff No Beat with BIT on the beat will also get you dancing.
The album title Kirabo is a love song about the story of patience and determination that we all go through in life and love. It features Jose Sax’s unmissable saxophone and Myco Ouma’s guitar magic.

The blast from the past, Obangaina is likely to stand out. The rendition, originally done by Rachel Magoola, is a classic in Uganda. Like many ugandans, Ykee Benda personally loved this song growing up and he maintains the joyful edge the original song brings.
Ykee remixes Bebe, Fire, and African Belle with BM Artist. These three are groovy Afro-pop songs bound to give you that dance, happy, feel-good vibe.
The general album theme of happiness was magically brought out in Correct and Party Animal.
Kirabo is the musical gift you have been waiting for and it is now available on all music streaming platforms
Tags: KiraboYkee Benda
Previous Post