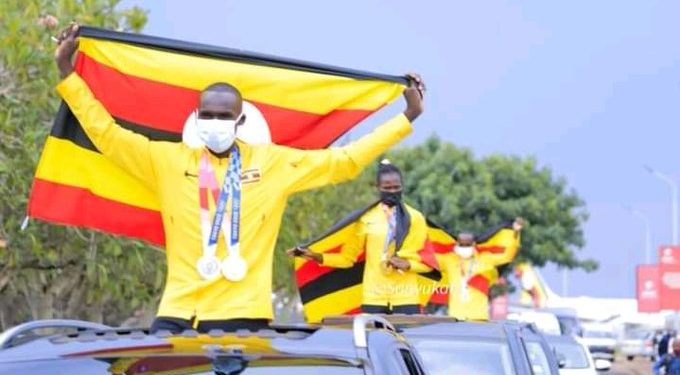 The team received a hero welcome yesterday when they arrived back in the country following its best-ever outing at any games as they won four medals. They were received at Entebbe International Airport by officials led by the minister of state for sports Denis Hamson Obua, before making their way to Kampala in a motorcade.

They were booked in a hotel around Kampala where they slept. Its from that very venue where they will today at around midday proceed to Kololo and be received by President Museveni and the relevant ministers.

Uganda broke several barriers at the just concluded Olympics games in Tokyo, Japan. Joshua Cheptegei won a gold medal in the 5,000m race and silver in the 10,000m race hence becoming the first Ugandan to win two medals at the same event.  Peruth Chemutai became the first woman to win Uganda a medal at Olympics after she won gold in the 3,000m Steeplechase final, whereas Jacob Kiplimo bagged bronze in the 10,000m race.

What to expect from Museveni’s speech

Museveni will congratulate him upon the momentous achievement they attained for the country. He will talk about how the NRM government has created conducive environment for sports people to be able to train even amidst COVID-19.

We expect him to make several pledges to the winner and also assure those whose promises have not been fulfilled to be patient.

He will pledge government support in their preparation for the next Olympics games scheduled to take place in Paris, France in 2024.

Finally he will caution them about discipline and alcoholism.