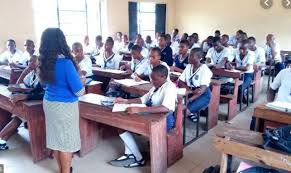 Private school owners across the country asked the government, President Yoweri Museveni in particular for an emergency bailout of Shs2.5 trillion to prevent their schools from collapsing due to accumulated loans and other expenses during the period of lockdown.

Education institutions are one of the most affected sectors due to the continued lockdown intended to prevent the spread of COVID-19. In his recent address, Museveni eased lockdown restrictions on various sectors but for schools, he did not even speculate when they will reopen.

Private School Owners under their umbrella National Private Educational Institutions Association (NPEIA) have asked Museveni to respond to their request for a Shs2.5 trillion stimulus package.

According to the association chairman Hasadu Kirabira, they met the President on January 13 and requested him to bail out struggling private schools that were on the verge of being auctioned due to accumulated loans and he promised to look into it.

Kirabira however revealed that since then they have never received any feedback yet the situation is even getting worse for many of them as some of their colleagues have already lost their property to banks and money lenders.

According to Kirabira, private schools admit 100 per cent of all nursery students, 66 per cent secondary and 40 per cent of primary school pupils.

Therefore, he said it is necessary that government fulfils its pledges of Shs20 billion to private teachers and bail them out the schools with a stimulus package.

The proprietors of private schools’ reminder come barely a week after Finance minister Matia Kasaija told Parliament’s Committee on Trade, Tourism and Industry that government had no money to bail them out before he asked them to sell their properties to pay loans,

“If you do not have another property to sell and save your school, go to the bank and negotiate,” Kasaija said.

In response, the Private schools owners said they were demoralised by Kaisaja’s comments as they underestimate their role in Uganda’s education sector.

Kirabira said private schools enrol more than 6 million learners across the country and employ more than 800,000 teaching and non-teaching staff. He added that private schools also contribute 4 per cent of the national GDP and contribute Shs200b in taxes every financial year.

“We ask the government to give us tax holidays like it has been giving to foreign investors or suspend these taxes that are choking us,” he said.

Sudan to handover former President Bashir to ICC for trial

Sudan to handover former President Bashir to ICC for trial