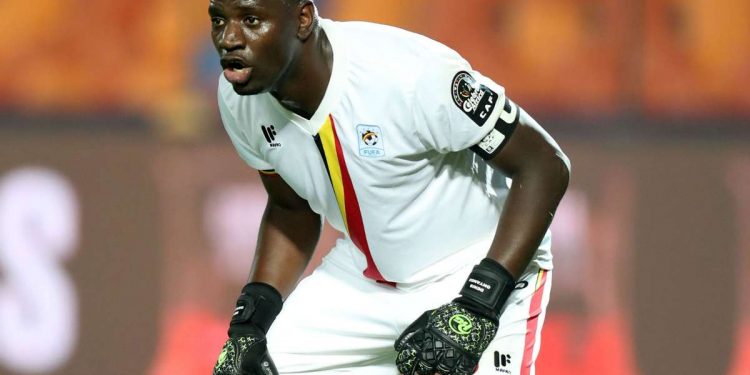 Mamelodi Sundowns goalkeeper Denis Onyango has reacted to the rumours surrounding his possible return to the national team, Uganda Cranes.

According to Daily Monitor, Onyango is set to make a sensational return on the Cranes fold following the appointment of Micho Sredojevic as the Cranes Head Coach for the second stint.

Monitor states that the former Cranes skipper and shot stopper is set to be included in coach Micho’s squad ahead of the start of the 2022 FIFA World Cup qualifiers at the start of next month.

In response through his known twitter handle, Onyango said; “Official sources can confirm that this is absolutely false!”

Onyango announced his retirement from international football this year on April 12 after about two decades of service. His announcement came shortly after an audio surfaced on social media when he was hitting at Fufa president Moses Magogo for his comments about the CHAN team that he said played “shitty” football and did not deserve to be paid any money.

Onyango led Uganda to two AFCON finals 2017 and 2019. Following his retirement, President Museveni honoured him with a brand new car.