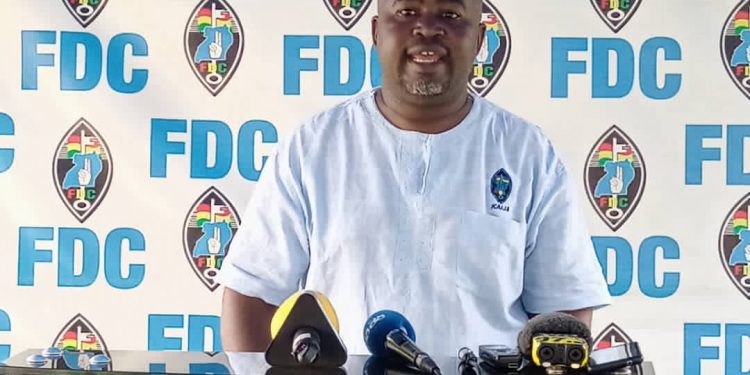 Over the weekend President Museveni addressed the country about security where he came strong in cautioning armed forces on respect for human rights.

Opposition party Forum for Democratic Change (FDC) has said that the address was an empty talk given a ‘pregnant’ headline but empty in details.

According to Harold Kaija, the FDC Deputy Secretary General, Museveni has no moral authority to talk about respect for human rights as he is the ‘master’ of violence.

“How can a master of violence distance himself from human rights abuse? That’s ridiculous! His gov’t has been on record of violations of human rights, beating and kidnapping of opponents and others being killed,” said Kaija.

“The statement of Mr Museveni was of a man who was apologetic to the country but fearing to say I’m sorry. That’s what we saw, he was blaming everybody not himself,” he added.

Kaija believes that Museveni is a captive under siege.

“When you have the president who is not in charge, everything is a mess, you are speaking about human rights, yet you said you are a master of violence. Mr Museeveni must be scared of someone we don’t know,” he said.

FINALLY! Gov’t delivers Shs330m in a sack as funding for Uganda Silverbacks to start preparations for AfroBasket with just 8 days to tipoff