“It’s too late for Museveni to wash his hands clean,” says Bobi Wine 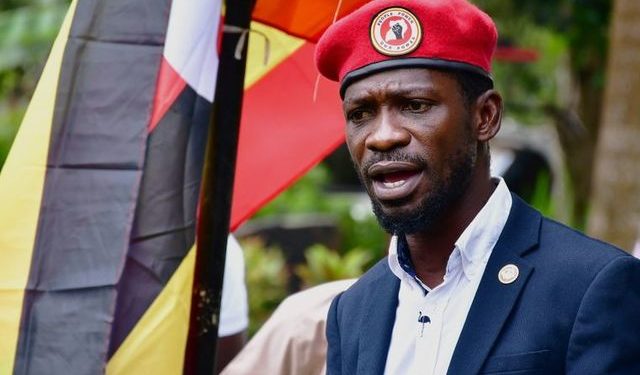 Leader of the National Unity Platform (NUP) party Robert Kyagulanyi alias Bobi Wine has said that President Yoweri Museveni’s weekend address about the security of Uganda is a sign that he is under immerse pressure and now looking for a way to run away from his atrocities.

Speaking during an interview on NTV this morning, the former Presidential candidate said that Museveni was speaking like an Opposition activist as he knows what happens to dictators and he is seeing what could befall him.

“Museveni has been a con man all his life. He says he doesn’t murder political opponents but he can’t tell the world who killed Andrew Lutaakome Kayiira. He should be ashamed of himself.

The people who have been battering Ugandans have done it on camera, how come no one has been reprimanded? He is just pretending, we know he loves the violence,” said Kyagulanyi.

Kyagulanyi however believes that it’s too late for Museveni to try to wash his hands clean as the ‘generation’ is determined to swipe him out.

When asked on what he is up to after elections, Kyagulanyi said he’s preoccupied with removing the ‘Museveni pandemic.’  He said his camp is not playing opposition politics but rather focused at defeating the Museveni dictatorship.

“We are not the Opposition, we are the option. We are only arm twisted into that position but we shall use every platform to push until we are where we are supposed to be,” he said.

“Kadaga’s shoes are too big to fill,” Nambooze claims Parliament is at the moment an orphan

“Kadaga's shoes are too big to fill,” Nambooze claims Parliament is at the moment an orphan

“It’s too late for Museveni to wash his hands clean,” says Bobi Wine