“Uganda has not made commitments to host Afghan refugees,” Minister Jeje Odongo 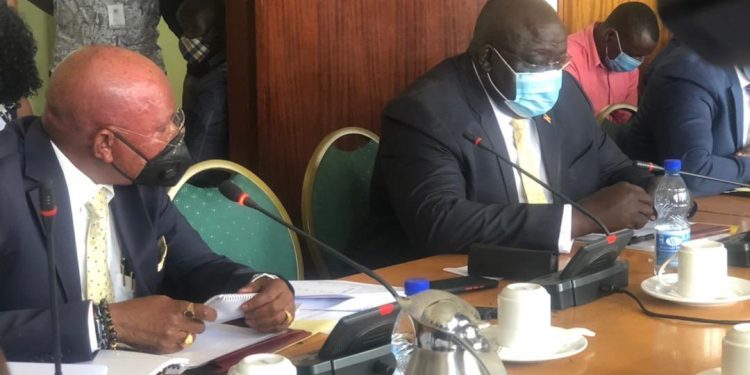 Foreign Affairs Minister, Jejje Odongo seems to be sounding a u-turn that Uganda will not be receiving Afghan Refugees soon. He says Uganda was approached but no commitments have been made yet.

While appearing before the parliamentary committee of foreign affairs chaired by Woman MP of Bulisa Norah Bigirwa, Gen Jejje Odongo who was accompanied by his junior Minister Okello Oryem told Parliament that gov’t is still holding discussions with key stakeholders before they make a final decision.

On Tuesday, the Ministry of disaster preparedness announced that Uganda was set to temporally host 2000 Afghan refugees on request of USA. The ministry further revealed how 500 refugees were set to arrive this week.

Gov’t stated that USA was going to facilitate there temporary stay in Uganda.

Meanwhile Gen. Jejje Odongo was also asked about the fate of Turkey based Ugandan blogger Fred Kajubi Lumbuye. The minister told the Parliamentary committee that the status of Lumbuye is still being discussed between Uganda and the Interpol of Turkey.

“Uganda has not made commitments to host Afghan refugees,” Minister Jeje Odongo