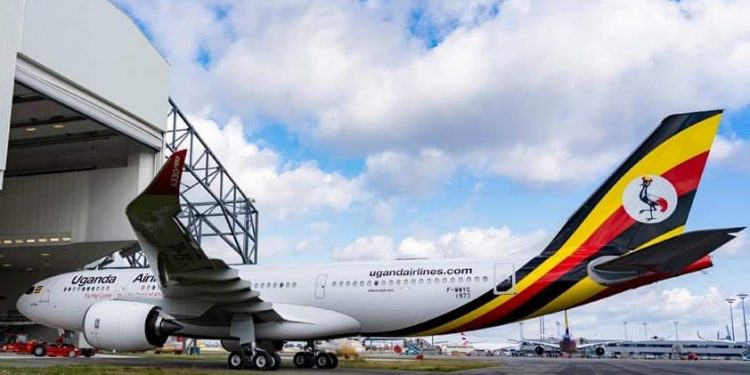 Uganda Airlines’ wide body Airbus A330-800 NEO aircraft has finally been added to the Air Operator’s Certificate after completing a certification process that has lasted more than 6 months.
This means the airline can now use the two A330’s for commercial purposes.
“Hooray! The wait is over! Uganda Airlines’ big cranes, the Airbuses, have been added to our Air Operator’s Certificate (AOC) and will soon be set to fly long haul. Welcome to a new world of greater connectivity. #FlyUgandaAirlines #airbus #A330neo,” the Airline announced the development in a tweet.

The Airline received the first of its two Airbus A330neo aircraft in December last year and the second Airbus early this year to ply the long routes as the national carrier continues with revival efforts.

Uganda Airlines is set to expand its routes beyond Africa this year with the airline announcing plans to fly to Dubai, London, Guangzhou, and Mumbai.