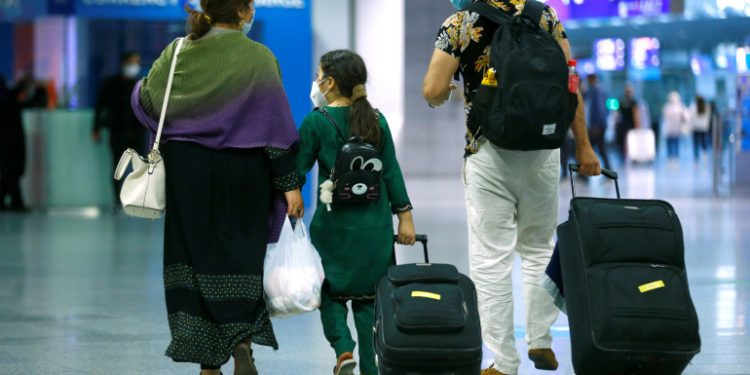 A family walks with their bags upon arrival at Frankfurt Airport, Germany, August 18, 2021, after being evacuated from Kabul, Afghanistan. REUTERS/Thilo Schmuelgen

The 51 Afghan evacuees who arrived in the country this morning at 6:00am aboard a privately chartered plane, are currently checking in at Imperial Resort Beach Hotel Entebbe.

All the costs that will be accumulated during their stay in Uganda will be fully paid by the US government.

The group is the first batch of the 2000 Afghan refugees that are set to be temporarily hosted in Uganda.

The 51 evacuees comprise of children, women and men. They were received by officials from Ministry of Foreign Affairs officials and US Mission Uganda.

FINALLY! First batch of about 51 Afghan refugees arrive in Uganda