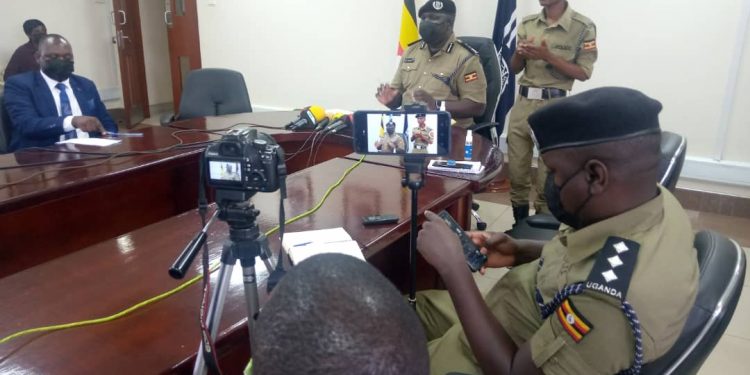 Police has disclosed that the rampant killings in Masaka by the panga welding men are planned and the people executing the murders have ‘sponsors’ as per their preliminary investigations.

According to the Police spokesperson Fred Enanga, security agencies are trying their best to ensure that the suspects behind the murders are arrested.

Enanga told journalists this afternoon at the weekly security briefing that so far 15 suspects have been arrested in connection to the ongoing killings.

“It’s almost five weeks since these murders started. The assailants according to preliminary investigations had established three cells. They have been attacking the elderly, and other vulnerable people found walking beyond curfew.

Our joint team continues to pursue important clues characteristic of these assailants, for example, dropping leaflets warning residents that they are going to attack them,” said Enanga.

He further explained that the assailants move on motorcycles and vehicles.

“We are looking at engaging the relatives of the most vulnerable, the elderly. We want to come up with a protection arrangement for them, especially those staying alone.

We want to ensure that at least the elderly are isolated during this period,” he said.

By yesterday, 25 people had lost their lives at the hands of the machete gang.