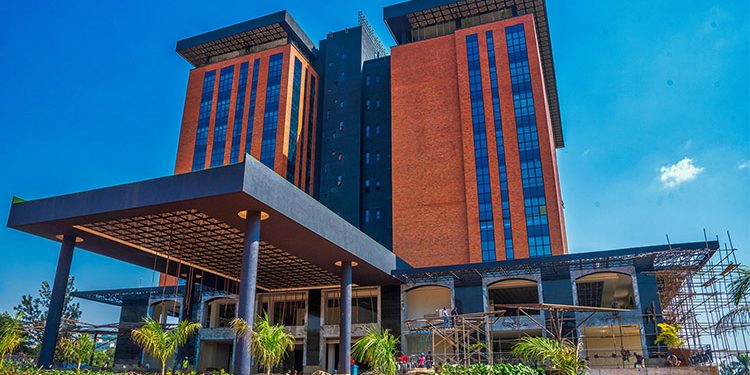 Parliament will relocate some of their staff to Kingdom Kampala, with effect from Thursday, September 2.

As numbers of MPs have kept increasing with every election  as new constituencies are created, Parliament has been grappling with space and they are undertaking  construction process to expand the space.
The construction is expected to cost Shs200b.

However, the extension will not be completed for at least the next two years, which necessitated Parliament to rent out space.

The Parliamentary Commission zeroed on Kingdom Kampala because of its proximity to the August House, on top of world class facilities at the building. The commission will pay Shs800m per month and this translates into Shs19.2b for the two year period.

Staff who have been occupying former committee rooms including the Department of Litigation and Compliance, General Counsel to Parliament and Communication and Public Affairs are expected to relocate to Kingdom Kampala.

Others are staff from Department of Clerks, Budget Office, Corporate Planning and Strategy, Research Services, Legislative and Procedural Services and Administrative and Transport Logistics. This however excludes Directors and Assistant Directors of the respective departments.