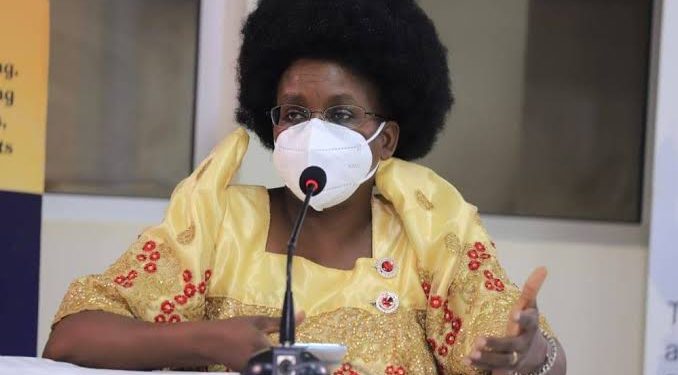 A day after sources at the Education Ministry said Schools would reopen in two weeks’ time with Primary one, two and three pupils as well as senior one and Twos given priority. Top officials in government have said schools may not be reopened soon because of the worrying signals of a possible third wave of Covid 19 pandemic.

Dr. Monica Musenero, the senior Presidential advisor on epidemics told Daily Monitor that in case the country is hit by the third wave, schools won’t be reopened.

She however said that government is still sticking to the plan of sufficient vaccination before reopening schools.

“But we said it (reopening of schools) depends on the vaccination of teachers and children above 18 years. We also look at the epidemiological state of the country,” she said.

To safely reopen schools, the government had set out to first  vaccinate at least 357,500 teachers representing 65% of the targeted number. Government also announced that any teacher who is not vaccinated will not be allowed to teach when schools reopen.

Although the Spokesperson for Ministry of Health, Ainebyona Emmanuel asked people to disregard the rumours that the country is already battling the third wave, he stated on his twitter page that rising clusters of Covid 19 infections were registered in different areas across the country.

“Soroti Hospital is receiving more admissions due to COVID 19 clusters in the sub region. On August 24, 72 Covid patients were admitted at Soroti, Arua had 40+. Places like  Rubanda districts have clusters of  rising Covid 19 infections.  On August 24, Kabale Referal Regional Hospital had about 22 patients admitted. The private hospitals around Kampala including Lacor Hospital had a  total of 22 patients with Lacor having the highest number at 18,” he posted.

"You have a fertile imagination," Social media mocks Rugunda for denying 'non-existent' reports of him running for President