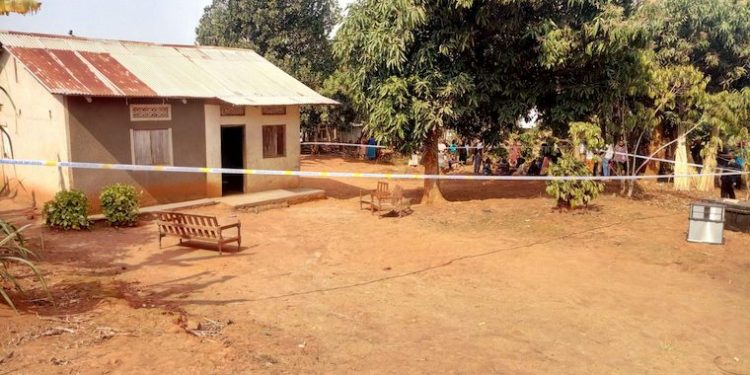 From July to date a series of killings by machete welding thugs have taken place in the Greater Masaka area claiming the lives of 30 people. The unfortunate incidences have spiked a national debate with the public tasking government to deploy more security in the region.

Early this week, Police said the groups behind the killings of people in Greater Masaka area are organised and sponsored by individuals that are yet to be discovered.

Yesterday the Masaka Chief Magistrate, Mr Charles Yeteise remanded 10 men suspected to be part of the machete-welding gang that has for one month terrorised residents in the greater Masaka area. The suspects charged with murder and attempted murder, were sent to Ssaza Prison until September 15 when they are expected to return for further mentioning of their case.

Below is a profile of some of the murder victims.

On July 3, Edward Bbale 41, a resident of Kityaza village Sembabule District was killed by unknown assailants.

John Kabanda,60, an army reservist and resident of Bigando Village, Lwengo District and Vincent Kalya,43, a resident of Nzizi village, Kingo Sub county were killed on July 21 by  the same assailants.

James  Ddamulira 47, a resident of Kitanga village Kabonera sub county, Masaka District was trailed by assailants , who killed him two days to his introduction ceremony on July 28.

On August 8, Peter Bwanika 52, a resident of  Kisekka B village, Busubi  Parish, Kisekka Su County was killed. He was on his way back home at around 9pm after having had supper at his mother’s place. His body was found buried at a coffee plantation near his home.

On August 12, 60 year old Lubega Ramathan was found murdered and his body dumped in a Kibanja of a one Faizo in Malongo village,Malongo su county,Lwengo district.

On August 15, Sowedi Kayemba, 35, a resident of Kayemba village, Kyazanga Town council, Lwengo District was killed bt the machete wielding thugs who found him inside his house.

On August 17, Ibrahim Ssebwana, 50 a resident of Byangiri village Lwengo District was killed when assailants armed with pangas raided his home.

On August 22, Idirisa Mukasa,87, a resident of Kikungwe village,Kimanya Kabonero  Division Masaka city and 61 year old Richard Mbaziira , a catechist to attached to Kingo catholic Parishin Lwengo district were killed after assailants raided their homes. Mukasa was killed infront of his house while Mbazire was killed in his house at Kyabbogo village-Kkingo ,sub county Lwengo district.

On August 25,Fred Ssemanda, 25 a resident of Kituntu village was killed between Kintuntu village and Bukulula villages in Ssembabule District. Ssemanda was a herder in that village and after killing him, the assailants tied his arms with a rope.

On the night of August 28, in Bwasa Village, Kosano Parish, Kingo Sub-county, Lwengo District, a one Joyce Kankundiye, 70 years, and her granddaughter aged 6 years, were hit and later pronounced dead at Masaka Regional Referral Hospital. On the same night, a one Nakato, aged 80 years, a resident of Kitenga Village, Kadugara ward, Nyendo-Mukungwe Division, Masaka City, was killed by unknown assailants.

On August 28, Silver  Ssekalala, 32, a farmer and resident of Kijjumba village Lwanda sub county, Rakai District and Sulait Ssekanjaki,32, a money lender from Mutukula town were mudered. Ssekanjaki was waylaid by assailants on his way home.