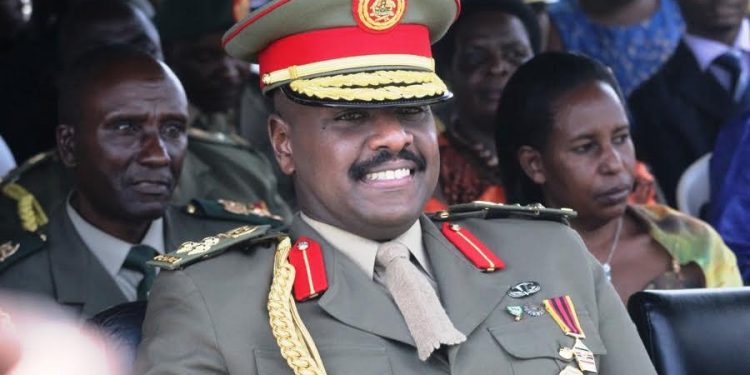 Federation Uganda Basketball Association (FUBA) has now breathed a sigh of relief as First son and Commander of the Land Forces, Gen Muhoozi Kainerugaba has come to their rescue and cleared all hotel bills accumulated by the National Mens Basketball team, The Silverbacks while in Kigali, Rwanda participating in the AfroBasket championship.

Nasser Sserunjogi, the FUBA president has said that Gen Kainerugaba has personally ensured the team leaves Kigali with no credit.

“Gen Kainerugaba has personally given us Shs188 million to settle our hotel bills. We thank you for loving and supporting Basketball,” said Sserunjogi in a tweet.

The Silverbacks have been participating at the 2021 AfroBasket championship in Kigali, but yesterday their incredible journey came to an end after Cape Verde defeated them 79-71 in the quarter finals.

Today morning reports came in indicating that the team had been denied to check out from the Park Inn Hotel in Kigali until they have paid up all their debts.