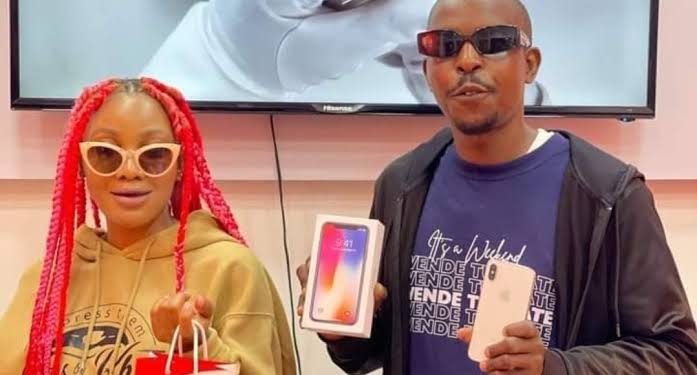 It is not a Friday for any party lover in Kampala until the afro dancehall sounds of Pia Pound’s Twende Tupaate are heard blaring on the streets or the radio. The song is now synonymous with the day of the week, Friday. A deejay is in fact considered not serious if he carries on spinning before he puts this song on rotation.
It is a fever, and the entire city is ailing.

MC Africa did not help matters when he took over social media, party thirsty, in a before and after video in which he canonised Twende Tupaate as the party anthem of the year 2021. The masses were pleased and he was rewarded accordingly.

Pia Pounds herself was pleased. MC Africa had indeed shot the song to stratospheric levels. On top of the never ending Kodak moments, she saw it fit that she teams up with the MC and Eddy Kenzo, a titan who ushered her into the industry, to drop a remix to undoubtedly, 2021’s most popular song.

The remix, which has befittingly premiered on a Friday, is simply the icing on the cake to wipe out any doubts regarding the song’s status on the party charts. The song kicks off with ad libs from the social media famous MC announcing that indeed, it is a Friday. His ad libs are complemented with punchlines from his viral social media clip.

He lays ground for Pounds to open up the track in typical Tupaate fashion. She confidently rides the subtle drums as she leads the listener to a quick climax, the chorus. She chants the party goer’s anthem with the signature Paate background adlibs but the Euphoria is short lived.

MC Africa dashes back, announces the weekend and lays ground yet again, for musical titan Eddy Kenzo whose signature smooth African vibe sets the ball rolling and it is then that it sinks in that the remix is officially here.

MC Africa sets the stage for both protégé and guru to not only re-affirm but state the obvious, that, Twende Tupaate is indeed the party anthem of the year.

The video is only evidence of the bar being raised by virtue of this monstrous collaboration. Pia employs the service of the very worthy Sasha Vybz who stops at nothing to deliver a visual that compliments the magnitude of the song.

Dance scenes by dancers from Wembley Mo’s dance academy give the visual spectacle and colour. Pia Pounds is nothing but confident in a red dress and black knee high boots to set the party vibrations in motion. At the chorus, she sets stage for MC Africa’s entrance by doing her own rendition of his viral dance video in a beautiful symmetry with some goons.

MC Africa, who is making his debut in the business, looks dashing and dapper. Suit and tie affair with lady dancers clamouring for his attention. Throughout the video, he takes turns to jump and hype Eddy Kenzo who in the meantime balances the hype with his semi laid back flow all complete in a military camouflage jumper. 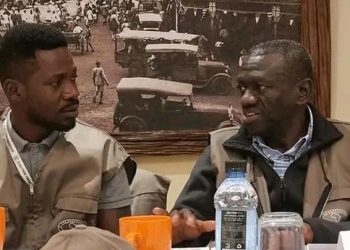