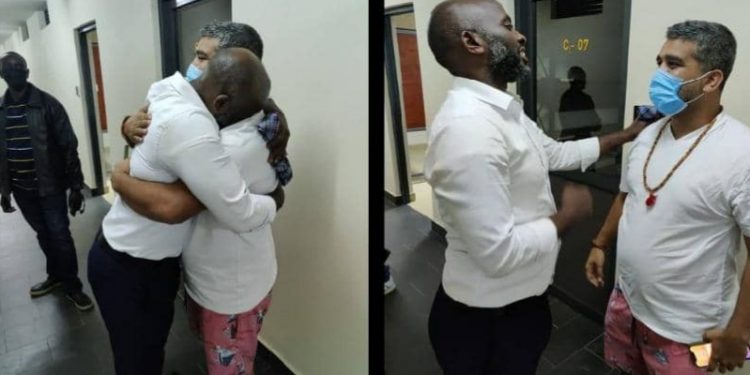 Victoria University Vice Chancellor Dr. Lawrence Muganga has been released this Friday evening after being taken into custody by security forces on Thursday, on charges of espionage and illegal stay in the country.

Pictures have emerged on social media of Muganga being embraced by Victoria University Promoter Rajiv Ruparelia when he regained his freedom.

Initial reports indicated that Muganga had been  kidnapped, because of the manner in which he was taken from his office by plain-clothed gun totting operatives but the security forces owned up to having him their custody and army spokesperson Brig. Flavia Byekwaso called it an arrest.

Muganga was held by the Chieftaincy of Military Intelligence and questioned on his activities in the country.

The issue of illegal stay in the country and working without a permit was discounted by Muganga who holds a Ugandan national ID No. CM9603210KCCG. He also holds a Canadian passport.