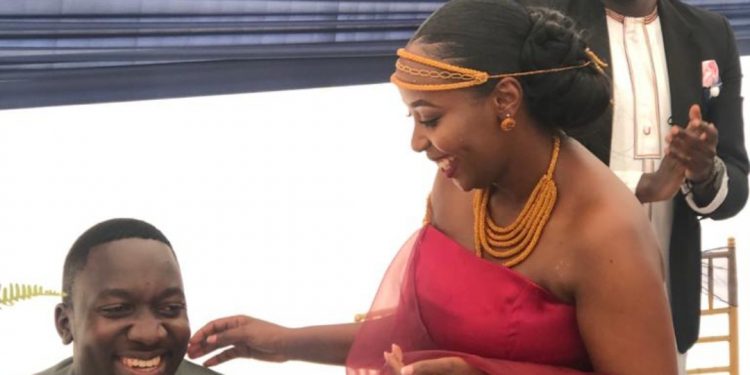 NTV news reporter John Cliff Wamala was introduced by longtime girlfriend Saphire Nahabwe in a colorful traditional marriage ceremony dubbed kuhingira that took place in Isingiro, western Uganda.
Cliff and Saphire met in 2014 at Uganda Christian University, Mukono and were both pursuing a Bachelor’s degree in Mass communication. During their campus days, the soon to be Wamala’s were a power couple at the Mukono based University. He proposed to her last year on her birthday.
ADVERTISEMENT
The glamorous customary wedding ceremony was graced by the presence of media personalities like Andrew Kyamagero.
Tags: John cliff Wamala
Previous Post